Can the Men in Blue record their maiden T20 series win against Kiwis?

We predict India will win this match!

Currently, India is leading the five games T20 series 2-0, following their dominant performance in the first two games where they have outplayed the Kiwis in all departments. Now, the 3rd game of the series is virtually a series decider when New Zealand and India will take on each other on Wednesday at Seddon Park in Hamilton. There would be a lot at stake for the Kiwis as despite playing in their home conditions they haven’t capitalized it. They would be eying to bounce back and save the series.

On the other hand, India would be hoping for another dominant performance to registered its first-ever T20 series win against the Kiwis and set the record straight.

In the previous and second game of the series, Kiwis' decision to bat first proved wrong by the visitors. As the Indian bowling unit restricted New Zealand to a mere 132, the third-lowest total at Eden Park. The Indian bowling attack was spot on! They executed their plan brilliantly and never allowed the Kiwis batsmen to let off the hook. Later in the chase, ones again the star batsmen from the first game, K L Rahul and Shreyas Iyer had stepped up and took India over the line. Batting duo batted brilliantly and build the inning after the two early wickets of Rohit and Virat. K L Rahul has been in sensational form, scored his third consecutive fifties in limited-overs. He is certainly the biggest threat to Kiwis in this series.

*Our match preview predictions are fully researched and provided in good faith but no profits are guaranteed. Please gamble responsibly, you should only ever gamble with money you can afford to lose.

New Zealand, after losing the first two-game of the series, every game is a must-win from here on, but they can take heart from the fact that their record in T20 internationals at Seddon Park is fantastic. The Kiwis have played 9 T20Is at this venue and have managed to win 7 of them. Also, the last time New Zealand played a T20I against India at Seddon Park, they won the game by a huge margin of 80 runs. They would be eying for a similar performance in the crucial game of the series.

Unlike the first game where three of their top-order batsmen managed to score fifty, Kiwis batsmen struggled to take on the Indian bowling unit on the slower pitch. They couldn't generate enough momentum in the middle overs and finished with sub-par total. Martin Guptill top-scored with 33 off 20 balls, while Tim Seifert was unbeaten on 33 not out of 26 balls. New Zealand would probably like to make a couple of changes. Daryl Mitchell might get a go-ahead of Ish Sodhi, given the fact that the pitch at Seddon Park is not expected to offer too much for spinners and Scott Kuggeleijn in place of Blair Tickner. 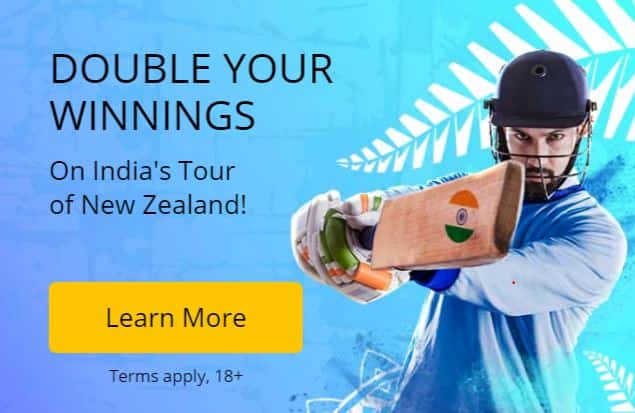 Now, batting onus will be on skipper Kane Williamson. He is arguably the best Kiwis player in Squad and a vital cog in the Kiwis batting line-up. Opening pair of Martin Guptill and Colin Munro got a good start in the last game, the however duo failed to build the partnership. It’s very important that the opening pair provides a good opening stand and build the foundation for the middle order.

Colin de Grandhomme, Kiwis prime player in recent times in T20 had a pretty poor series thus far as he failed to cross the single-digit mark. got out on a duck in the last game. He is a Kiwis top scorer lately, scored 301 runs from last 11 innings at an average of 27.36 and hence his big score is certainly on the card.  Kiwis prime bowlers would need to come up with a different strategy against the in-form Indian batting unit. They need to use variety and at the same time control on line and length.

In the T20 international, the Men in blue are totally shining in the last three-four months, as earlier, they win the series against Sri Lanka, West Indies and Bangladesh in their home season. And now, they are one the verge of winning one more series this time again New Zealand; known to be their toughest T20 component before the series. In the opening game of the series, Indian batsmen were remarkable during chasing the target of 200+ whereas the second game was dominated by bowling unit as they set the tone for victory by restricting the opponent of score just 132.

On the batting front, K L Rahul is in sensational form, scored 56 and 57 runs in the first two games respectively. Notably, he scored four fifty-plus scores in his last five t20 games. He would be hoping to carry on the good form. His opening partner Rohit Sharma had a poor series thus far, scored just 7 and 8 runs in the last two games. However, he is currently one of the best white-ball players and hence we predict his big inning is on the card. Skipper Virat Kohli is currently the leading run-scorer in T20 scored 2745 runs in 79 games at an average of 51.79. He is a vital cog in the Indian batting line-up and the master of the chasing score.

Middle-order batsman Shreyas Iyer has been a revelation as India's new No.4 has been finishing off matches for India in the ongoing series. He has shown a great character, scored 58 and 44 runs in the series. He would be eying to make the most opportunity and win many matches for his side.

Weather in Hamilton on Wednesday is not good for the game of cricket. On Wednesday weather will be moderate rain with the daytime temperature reaching 21 °c. evening time temperature is expected to be 16 °c. Around 10.1 mm of precipitation is forecasted to fall. The pitch at Seddon Park will have bounce and carry and the stroke-players will enjoy the nature of the pitch.

Seddon Park is the 4th largest ground in New Zealand. Originally a cricket ground, the venue has also been used for hockey, rugby and rugby league matches. It is a well-grassed stadium with a center block of 9 pitches and usually offers very good batting tracks.

Out of the last 11 completed T20 at this venue, six games were won by batting first whereas the chasing team won five times. 214 has been the highest T20 score recorded at this venue. The average first inning score is 172 while 160 in the second inning. However, considering the weather forecast team would look to bowl first after winning the toss.

The Men in blue are playing flawless cricket in the series, both their batting and bowling unit has been outstanding and particularly consistent in the series. The Indian spinners look more intimidating than the Kiwis spinner and that has been the biggest difference between both sides in the last two games.

On the other hand, New Zeland team bowlers failed to take advantage of the home conditions. Furthermore, many Kiwis batsmen failed to capitalize on the early start and that’s hurt them most.

We predict India will win this match!

MSK Prasad is the only person who could get replaced as Sarandeep Singh, Jatin Paranjpe and Devang Gandhi are set to continue in their roles for another year until their term ends in 2020. Here are fi... Read more

India is set to begin the World Cup on the 5th of June of against South Africa. Read CricBettingBuzz team preview for India and our cricket betting tips and predictions for India games in this year's... Read more

New Zealand had an amazing start of the Cricket World Cup on the 1st of June winning against Sri Lanka by 10 wickets. Read CricBettingBuzz team preview for New Zealand and our cricket betting tips and... Read more